If you’re a fan of the existing TMNT series, don’t worry – all the best bits remain. If you’re new to the show, strap in and prepare yourself for villain butt kicking, psycho acrobatics and cheeeesy pizza!

Rise of the Teenage Mutant Ninja Turtles is set in the sewers of New York City, and follows the action packed adventures of mutant Turtle brothers Leonardo, Raphael, Donatello and Michelangelo as they take down mutated villains, perfect the art of ninjitsu and discover new mystic powers they never knew they had!

While Leo, Raph, Donnie and Mikey all have the same personality traits, each brother is a different Turtle species which makes them look totally different to anything you’ve seen before.
The boys have new weapons which they have no idea how to use (!) and along the way they discover they have new mystic powers too. There’s also a whole load of new villains threatening to destroy the world! 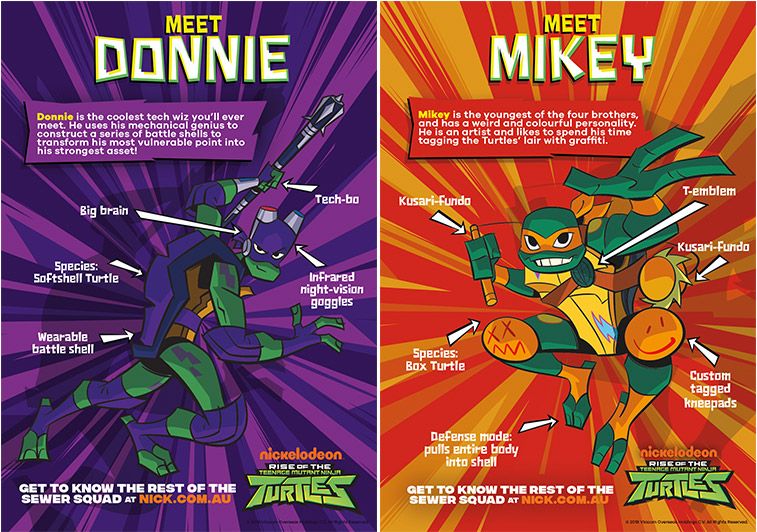 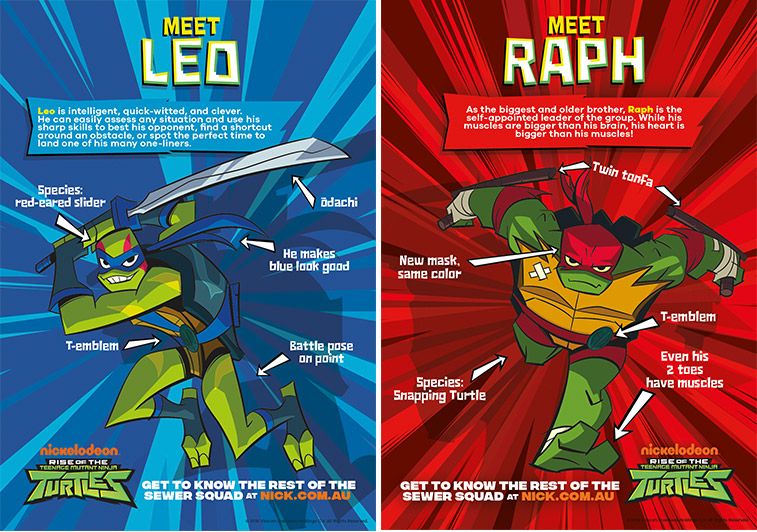 The reimagined series is back to basics adopting a traditional 2-D animation style where literally every pose is hand drawn. Another awesome fact - the animation for the series was done right here in Australia by Sydney based animation company Flying Bark, take a behind the scenes look at the animation process in the vid below!

Think you can handle all that action?!

Watch the latest episodes NOW on Nick Play. And if you feel the need to kick mutant butt yourself, check out the brand new game – Rise of the Teenage Mutant Ninja Turtles City Showdown!

Vote for your Friday night movie

THE STORY BEHIND JOJO’S LATEST SONG, PLUS TAKE A BTS LOOK AT THE MUSIC VIDEO!

Trick or treating this spooky season and lacking in costume cray-ativity?

The Nickelodeon websites use cookies and other technologies so that we can improve your experience on our sites.
BY CONTINUING TO USE THE NICKELODEON WEBSITES, YOU AGREE TO US SETTING COOKIES AS SET OUT IN THE COOKIE POLICY HERE